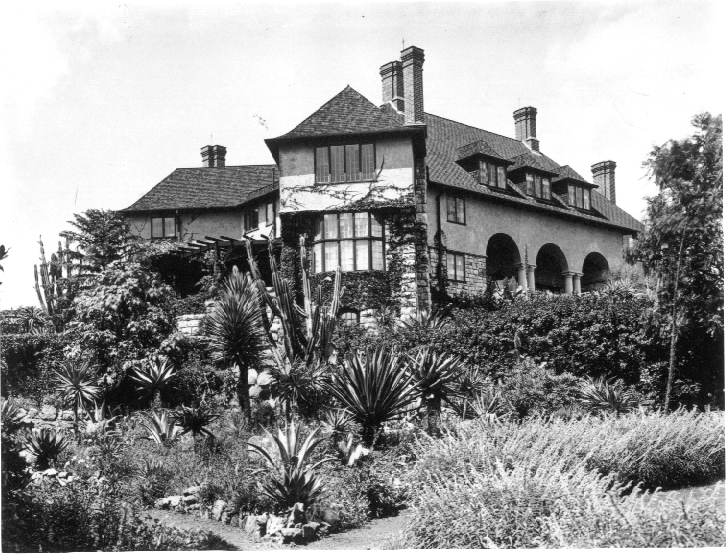 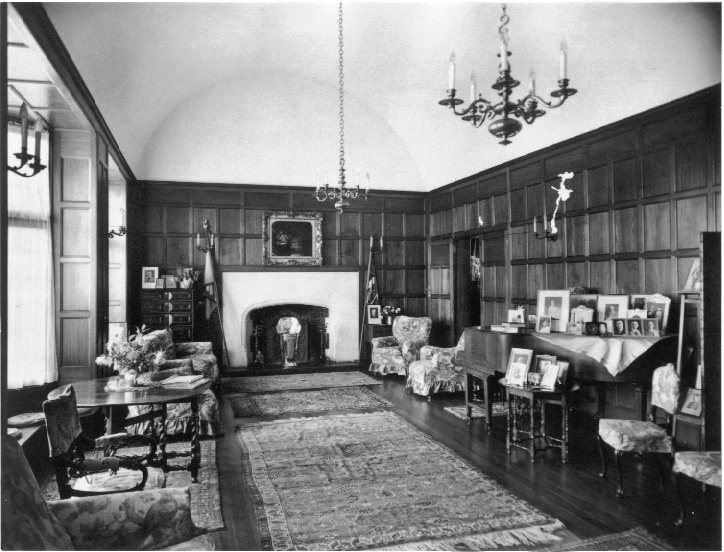 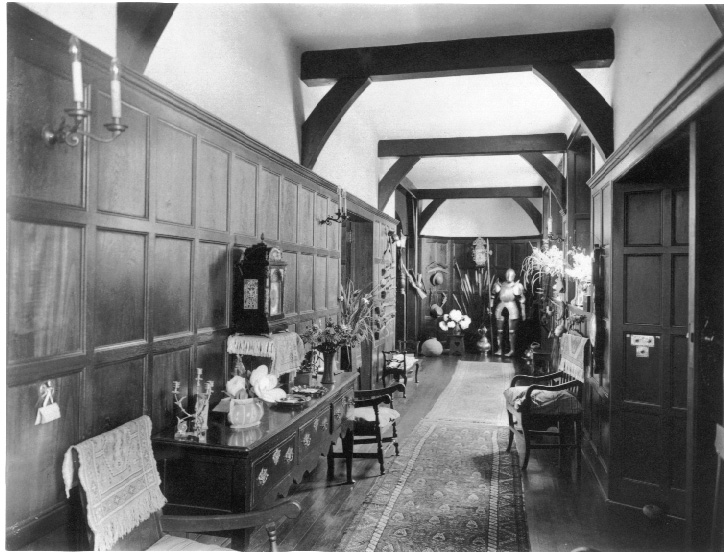 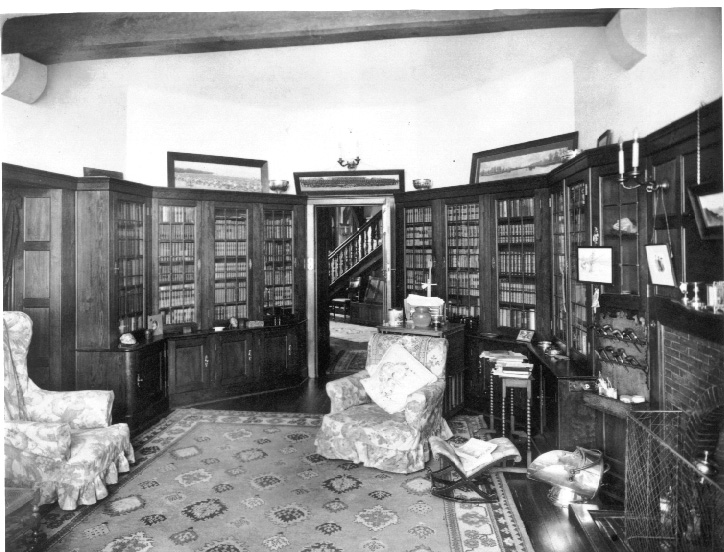 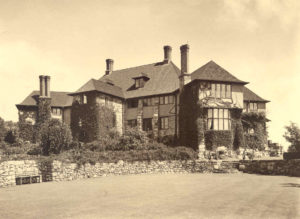 Glenshiel is one of Johannesburg’s great historic homes.  Designed by renowned architects Sir Herbert Baker and his partner Frank Fleming, it was built by Barrow Construction in 1910.

Sir Herbert Baker, whose roots were in farming, is renowned for many of the beautiful buildings which grace South Africa today.  These buildings include the SA Institute for Medical Research, the Union Buildings and the Pretoria Cathedral.

His architectural impact can be spotted on the ground, where stone base (in abundance in Westcliff) is evidence of the use of materials close at hand.  Other clues in detecting Baker’s work lie in deep cool verandahs, shingles and arches.  Great attention to detail is obvious especially on the chimneys which have ledges on an edge or even reversed brick.

Glenshiel is the last large home that Baker built in Johannesburg and is considered the most interesting.  Although essentially an H-shaped plan, the building has a certain drama because its wings are splayed at a 45o angle creating an unusual butterfly effect. 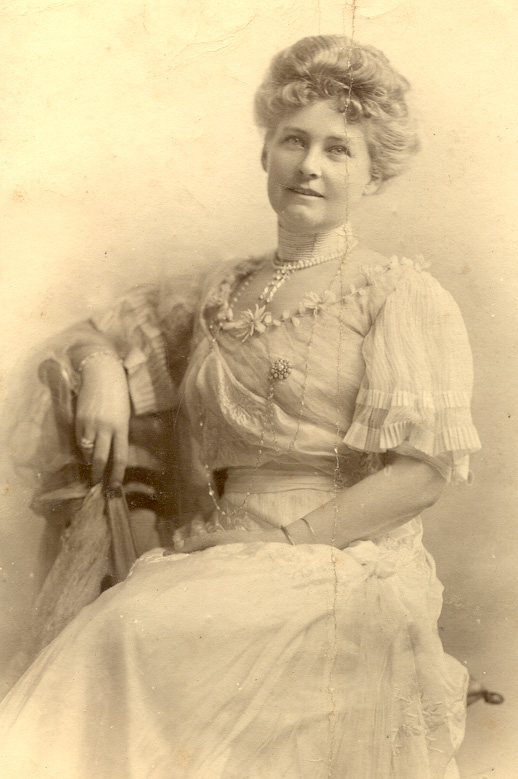 How apt then that this butterfly shaped home was built for none other than social butterfly, Lady Isabel Dalrymple, her husband, mining magnate Sir William, and their three sons, William Jnr, Hugh and Ian.

Lady Isabel, known affectionately as Lady Dal, was an actress who came to Johannesburg in 1895 as a member of the D’Oyley Carte Opera Company.  It was here that she met Sir William, a popular mining magnate, well known and liked during the colourful early days of Johannesburg.  They married in London on July 23rd 1896.

The Dalrymples’ entertained a great deal and they were most supportive of local charities and organisations.  Lady Dal earned the reputation as a charming hostess and her tennis parties and Sunday luncheons were legendary.  The beautiful grounds surrounding Glenshiel were lent on numerous occasions for charity functions and Lady Dalrymple’s organising ability and tact made all such efforts a brilliant success.

There was hardly a notable visitor to South Africa who was not entertained at Glenshiel by the Dalrymples.  Among the many distinguished guests to stay at Glenshiel were international singing sensation and comedian, Sir Harry Lauder, as well as the then Governor-General, the Earl of Athlone, and his wife, Princess Alice.  To avoid the long journey back to Government House in Pretoria at night, Lord Athlone and his wife often stayed overnight at Glenshiel after an evening of engagements in Johannesburg.

Lady Dalrymple died in 1938.  Upon her death, the family received over 1100 letters and cables in appreciation of her life.  Sir William passed away three years later in 1941. 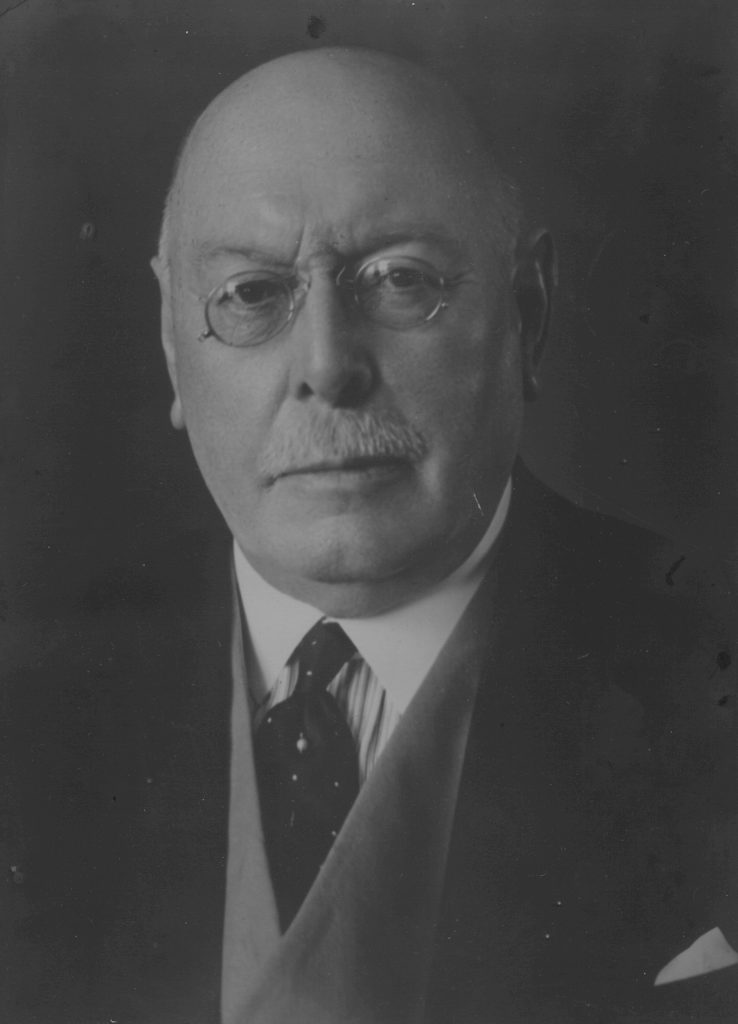 After the death of Sir William, Glenshiel and its surrounding gardens were subdivided and sold.  In 1943 the house, stables and 7 acres of land were sold to Major Gordon Haggie who immediately loaned it to St John Ambulance to use as an auxiliary military hospital for convalescent orthopaedic patients during World War 2.

He is quoted as saying “I took Glenshiel for the express purpose of it being a haven for “St John” in whatever way they liked to give healing and peace to those damaged physically and mentally through the war.  This was done to my entire satisfaction and I think a marked degree of success.”

The hospital at Glenshiel operated under the supervision of the Nursing Superintendent in Chief, Muriel Walton, a great friend of Major Haggie and much admired by him.  The staff generally consisted of V.A.Ds (voluntary aid detachments) and members of the St John Ambulance Association.  The former drawing room was used as the main ward and bars were put around the walls to protect the beautiful wooden panels from the movement of the beds.  There were also beds out on the terrace under the protection of the north verandah.  As it was an orthopaedic hospital, there were many wheel chairs and ramps that had to be provided.  Facilities also had to be arranged for the arrival of ambulance cases.  One room in the house was set aside for occupational therapy where the patients were taught to make sheepskin slippers, leather bags, writing cases and so on.

Major and Mrs Haggie, who were by now living in the converted stables, were frequent visitors to the hospital.  They assisted materially with funds and their never failing interest did an enormous amount for the men’s morale.  Major Haggie equipped the workshop in the garden.  This carpentry shop helped the men enormously as a diversion during their recuperation.  The bored or lazy were diplomatically introduced to the healing qualities of work, and instead of allowing themselves to be watched for hours on end, Major Haggie would turn over a piece of work to a bystander who had been quite happy as an onlooker – he would suddenly find himself with a chisel in his hand, and before he knew where he was, he was engrossed in a wood working project of some kind.  In fact, many of the patients became expert craftsmen and at the National Eisteddfod in 1945, Glenshiel won many awards for articles exhibited in the military arts and crafts section. 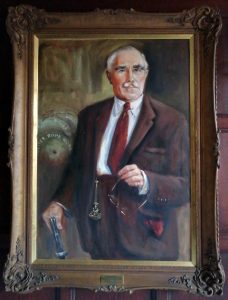 On the 26th of March 1946, the St John Flag was ceremoniously lowered at Glenshiel and the last of the eleven St John Ambulance Auxiliary Military Hospitals was closed.  Altogether 2 500 soldiers convalesced at Glenshiel.

Glenshiel returned to Major Haggie and soon afterwards his son, the late Ian Haggie and his wife Dawn moved into the “Stables” which they had extended.

In 1950 Major Haggie retired and returned to England.  Glenshiel, under the auspices of the Haggie Trust, was lent in perpetuity to the Order of St John to be used as the National Headquarters of the Priory for South Africa of the Order of St John.  Thus Glenshiel became the first permanent Priory Headquarters and therefore the focal point of all St John activities throughout the years. (Previously, Priory Headquarters would be set up in whichever city the Prior at the time resided in.)

On 9th March 1979, the whole of the Glenshiel Estate was declared a National Monument.

Some interesting facts about Glenshiel:

The gardens offer many delightful surprises.  Take a wander through them and see if you can spot the numerous named walks or areas.  Names like “Dawn Walk”, “Spillane Gardens” and “Kate’s Corner” appear amongst trees, on walls or next to pathways.  Rest upon the stone bench atop the koppie or just enjoy the view from the recently refurbished Rose Garden below the main verandah.